We will thank you in social networks and our official website.

Those who say that not clothes make the man, are right only in case if the clothes have not been worn for decades by artists on stage. Of course, not a new cloth endows you with talent or a with a nightingale voice, but neither does it take away the innate and nurtured over the years of hard work and dedication talent.

This year, the Academic Capella Choir "Doina" of the National Philharmonic named after Sergei Lunchevici turns 85 years old.  On this occasion Capella really wants to update their modest wardrobe, because the stage costumes, being from 25 to 35 years old, age older than many of those who sing in the choir. Due to lack of funds Capella appeals to all amateurs of choral music, our national culture in general and music in particular.

"Doina" was founded in 1930 by a conductor K. Pigrov. Since then Capella has had a prodigious concert activity. Tournament map includes entire cultural space of the former U.S.S.R. and many other countries, such as: Romania, Russia, Czech Republic, Slovenia, Greece, Italy, Spain, Portugal, France, Austria, Israel, North Korea, etc.

Since February 2013 the artistic director and chief conductor of the Academic Choir "Doina" has been Ilona Stepan.

While other professional choral groups have elegant authentic costumes for each repertoire, the 70 performers of Doina Capella Choir do not have such privileges, if they we may be called so.

Men have one tailcoat suit which is decades old, and women have only two types of dresses - one for summer and one for winter.

"Sometimes I think that those clothes are about 85 years old. Even dresses that fit well are already too old. We wear them to the most important events but women who sing in choir do not have decent dresses. The green dresses make them old and ugly" says the head of the choir Ilona Stepan.

"We will be immensely pleased if this fundraising campaign finishes successfully. Then all the 70 members of Capella Choir will be able to feel more comfortable and transfer the artistic message to our viewers  much better. When wearing beautiful clothes even the song seems to have different spirit, which is important. To make something beautiful, it’s necessary to look appropriately first.", adds the chief conductor.

The costumier of the National Philharmonic Natalia Zemishova, who has been working for many years in this position says that when she started working at the Philharmonic the costumes were broken and decayed so she had to repair them using pieces of cloth". We have three kinds of costumes, each woman has two dresses. The green, so-called newer ones, are about 15 years old. White dresses, aged around 27 years old, are lightweight but extremely old and rotten. Men’s tailcoats are also very problematic one being shorter, the other one longer. " 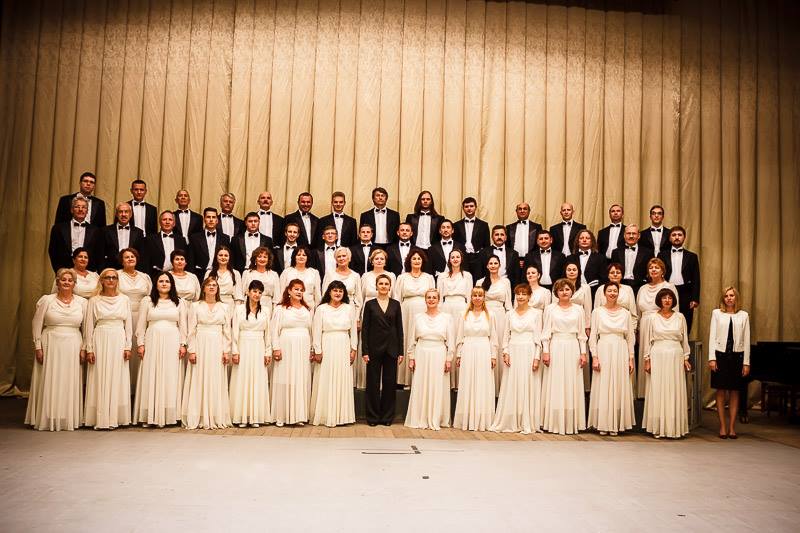