New bronze memorial plaque on the obelisk of the Bulgarian volunteers

Pledge
Step 1: Specify your contribution amount for New bronze memorial plaque on the obelisk of the Bulgarian volunteers
Project by

The project scope: Production and installation of a new bronze memorial plaque on the Obelisk  of the Bulgarian volunteers, located on the Shipka Memorial Complex (Ryshkanovka district, Chisinau).

The obelisk to the Bulgarian volunteers is one of the main monuments of historical ties between Chisinau and Bulgaria, and is the main gathering place for the ethnic Bulgarians of the Republic of Moldova. The memorial plaque installed on the monument reminds everyone who came of the historical significance of this place - the monument was erected on the former race field. Here, in 1877, a parade of Russian troops and Bulgarian volunteer corps occurred and was announced the Manifesto on the beginning of the Russian-Turkish war, which resulted in liberation of Bulgaria from the Ottoman yoke. The obelisk to the Bulgarian volunteers was opened in Chisinau in 1966 (according to the passport of the monument 1984).

Over the 55-year history of the monument, the memorial plaque has changed several times - at the beginning a temporary plaque was installed, in the late 1970s it was replaced with a bronze one. After the theft of a bronze one in the early 1990s, today's marble one was installed, which has served for almost a third of a century. Today's plaque already looks inappropriate - the board is cracked in several places, the inscription has faded: 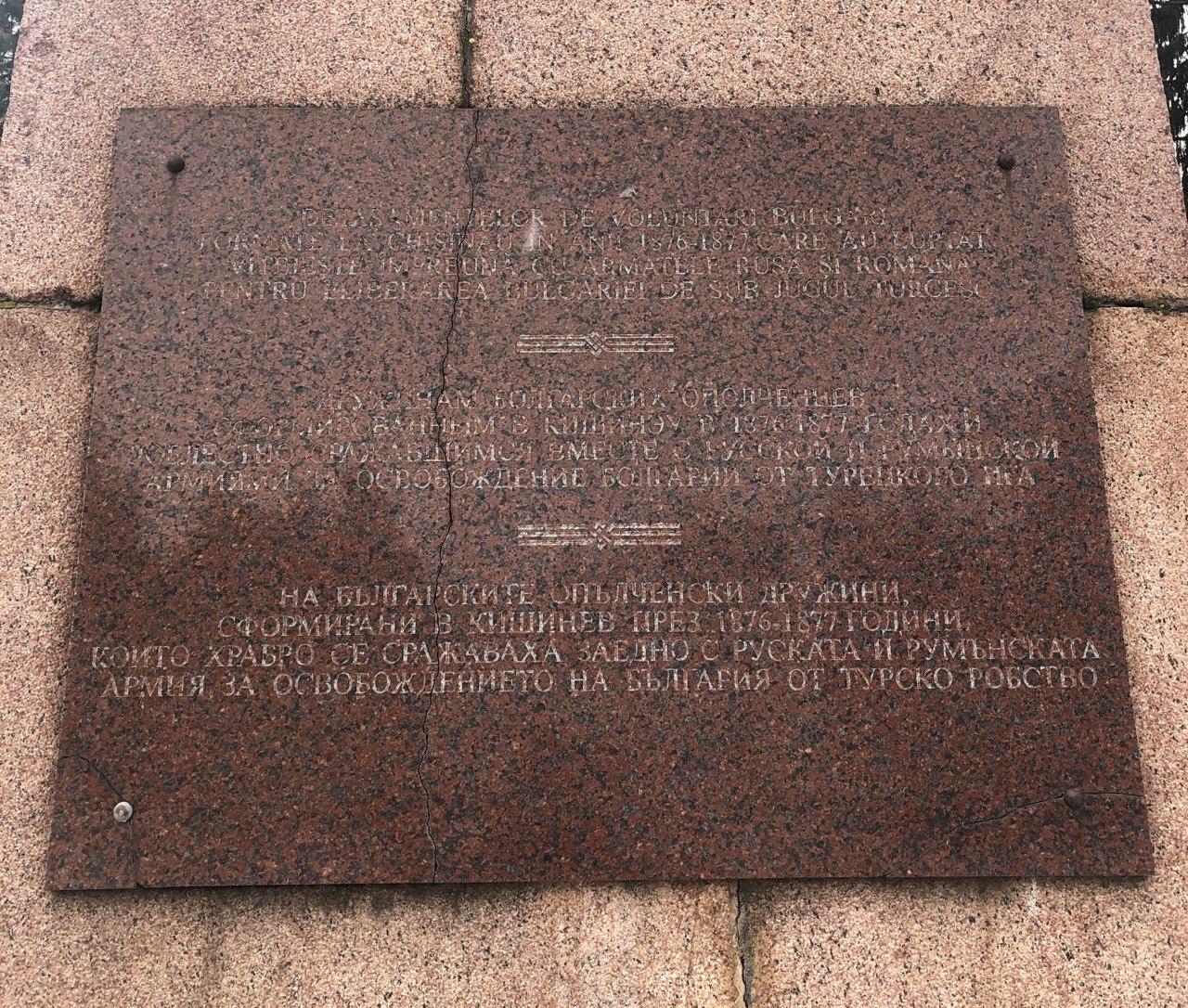 And We, the Scientific Society of Bulgarianists of the Republic of Moldova, really want to implement a project to replace today's , which has lost its appearance and integrity, a marble board to a new bronze one. Here is the approved model: 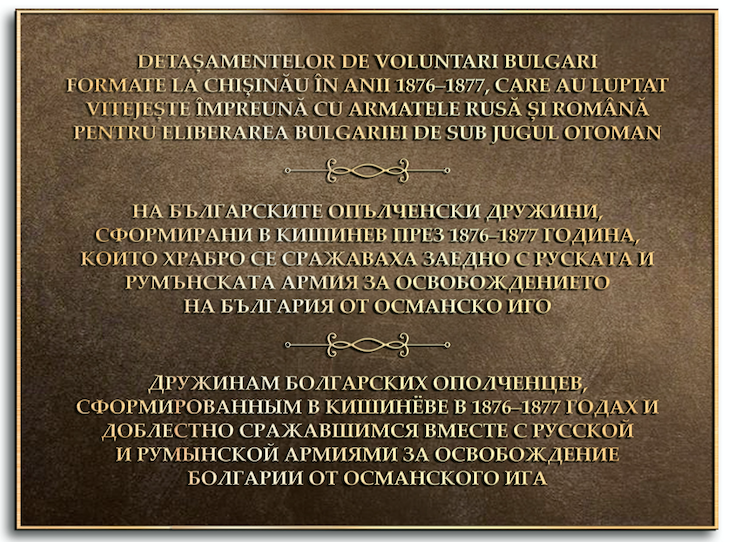 It will take from 2 to 3 months to manufacture and install a new memorial plaque, and the deadline for completion is September 22, 2022 - the day of celebration of the independence of Bulgaria.

How we will report for the funds raised: we will provide a photo report on the page of this project immediately after the opening of a new memorial plaque.

The memorial plaque replacement project was approved by the Ministry of Culture of the Republic of Moldova (28.05.2021). The permition for construction work was issued by the Town Council of the Municipality of Chisinau (08.09.2021).The marble plaque after dismantling will be transferred to the museum.

We hope and will be grateful to our fellow citizens for their participation and assistance in this project.

We believe that such projects are very important: after all, many pages of the history of peoples, states, as well as the achievements of past eras are associated with monuments. Without this wealth, any nation can easily lose part of its unique historical and cultural heritage...